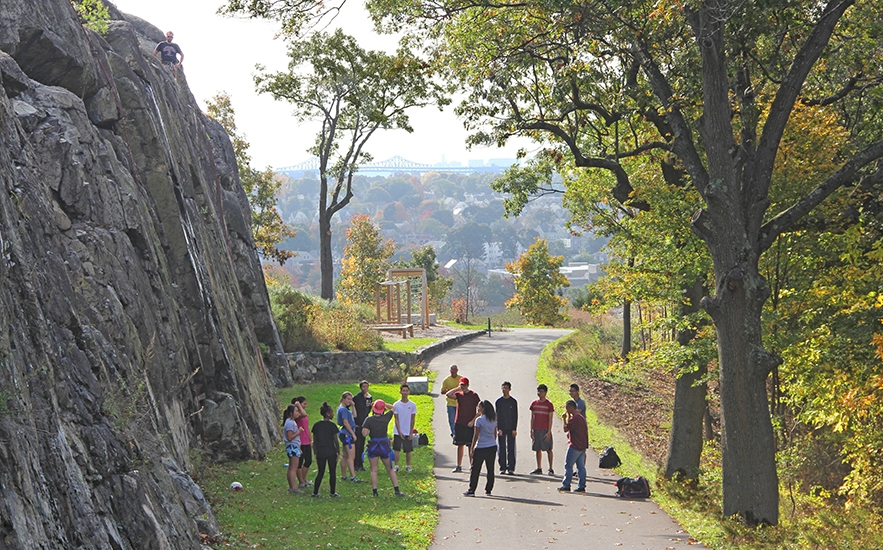 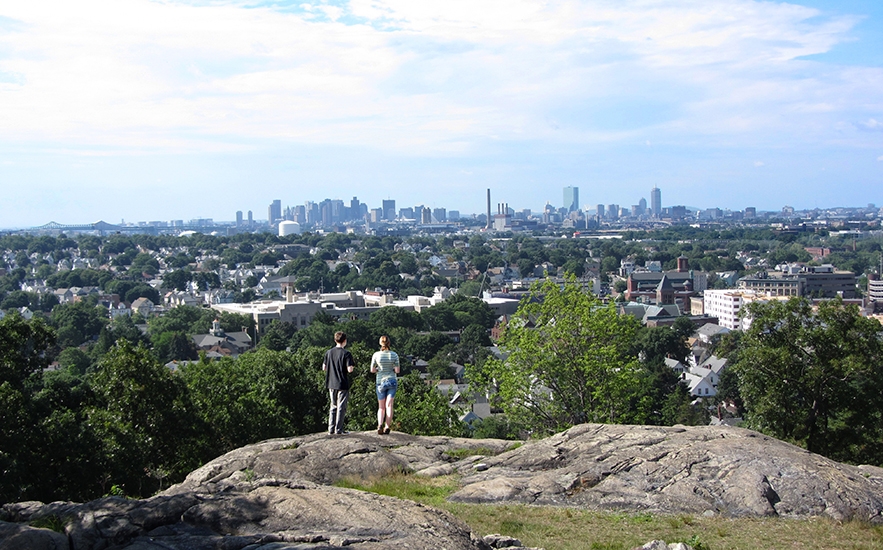 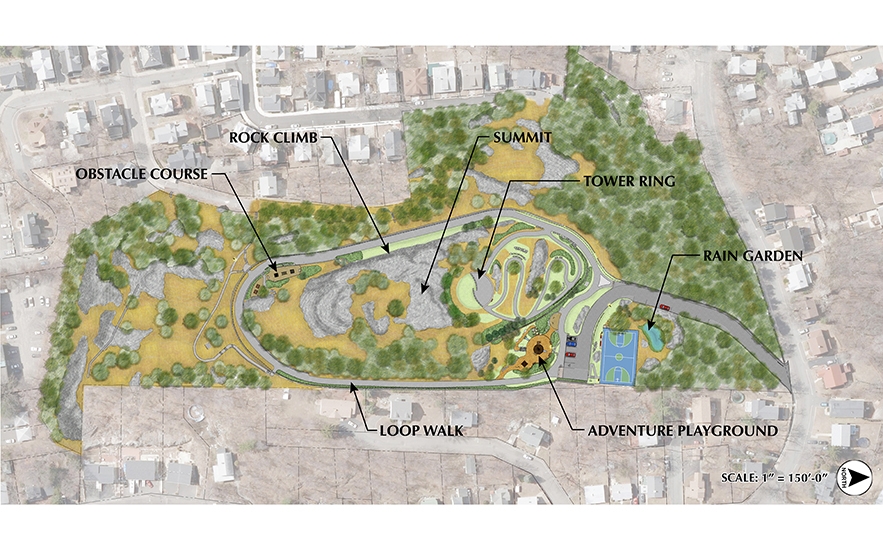 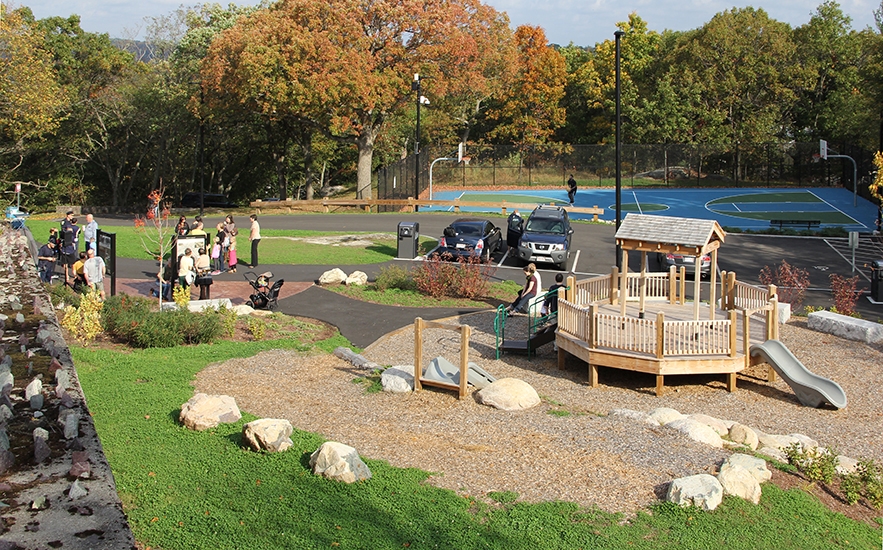 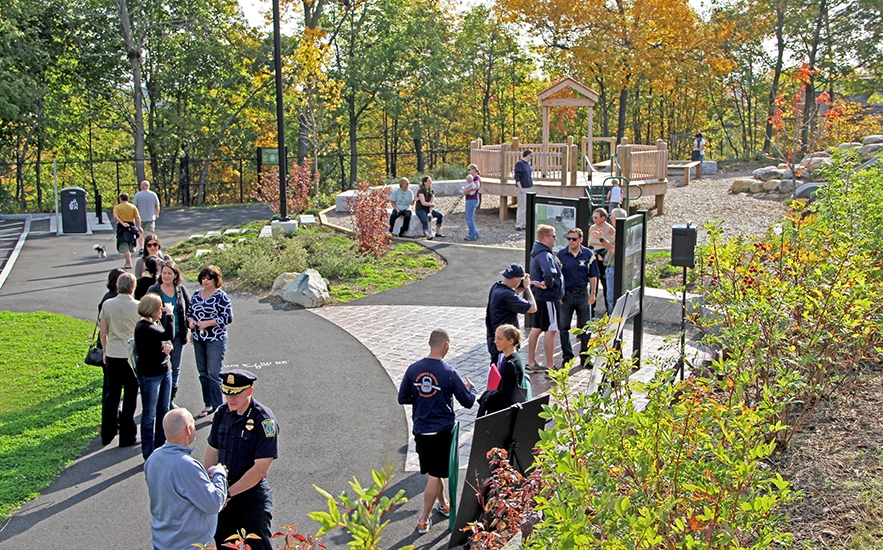 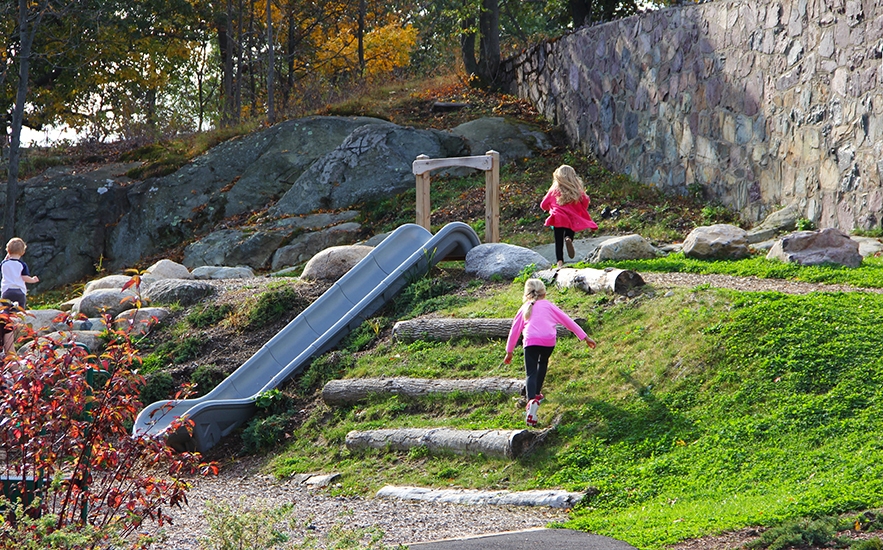 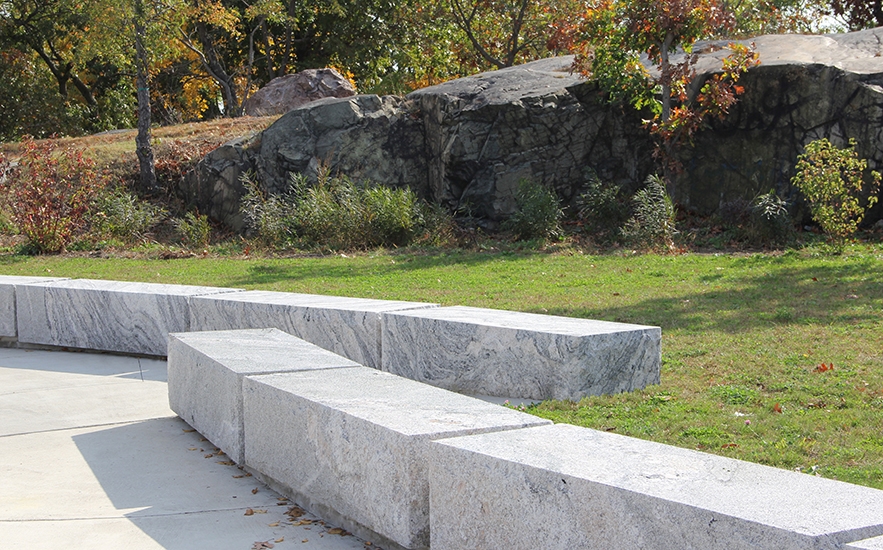 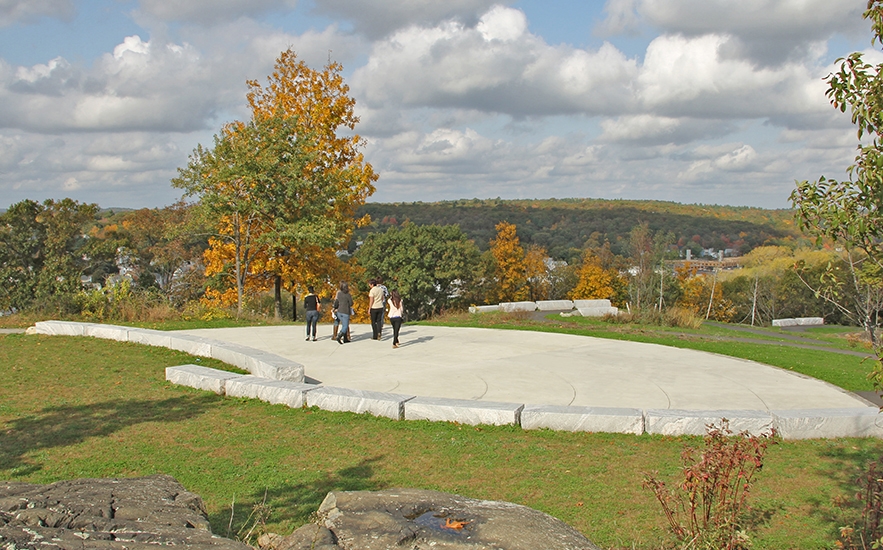 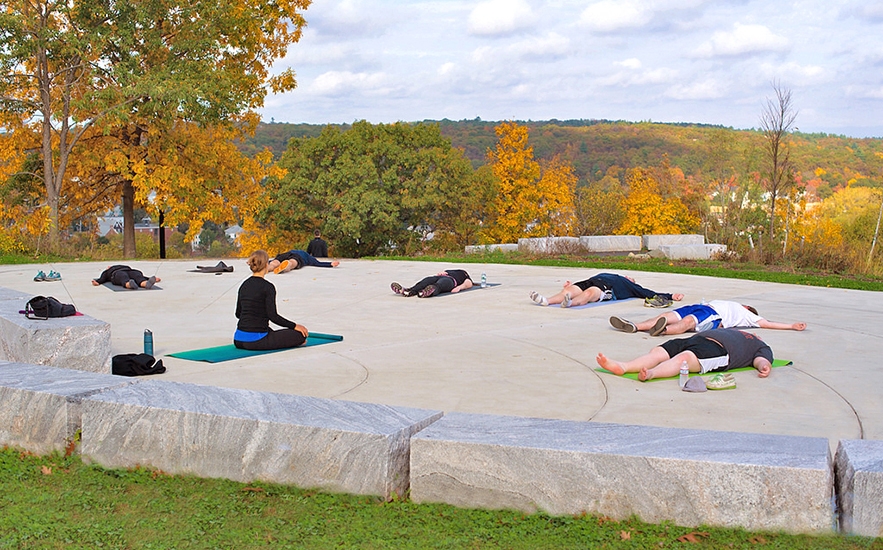 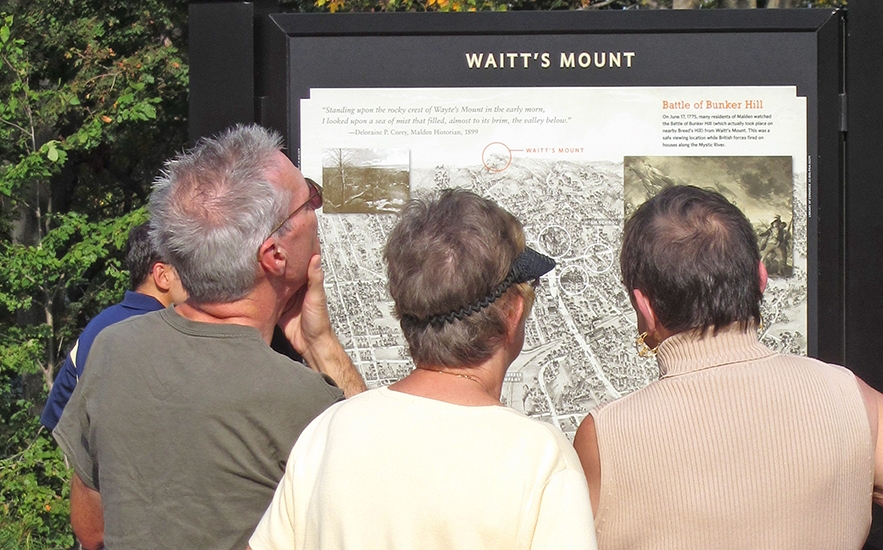 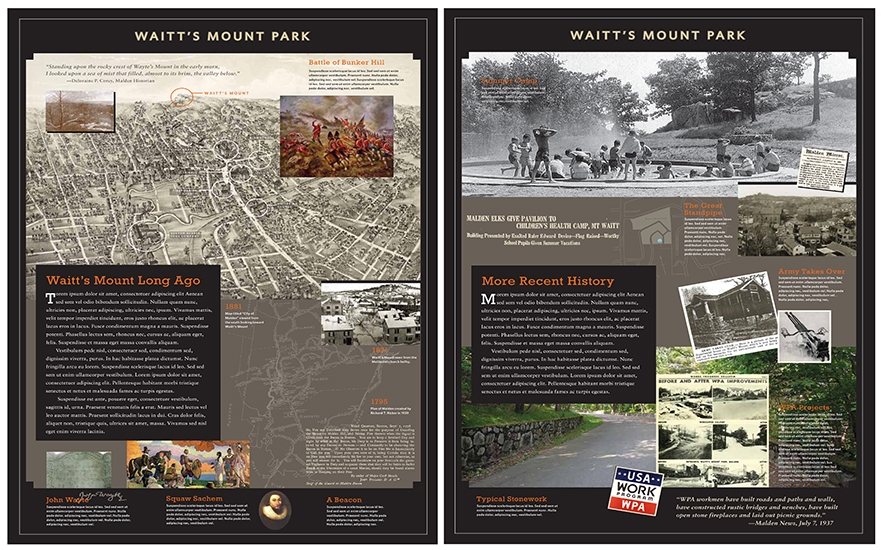 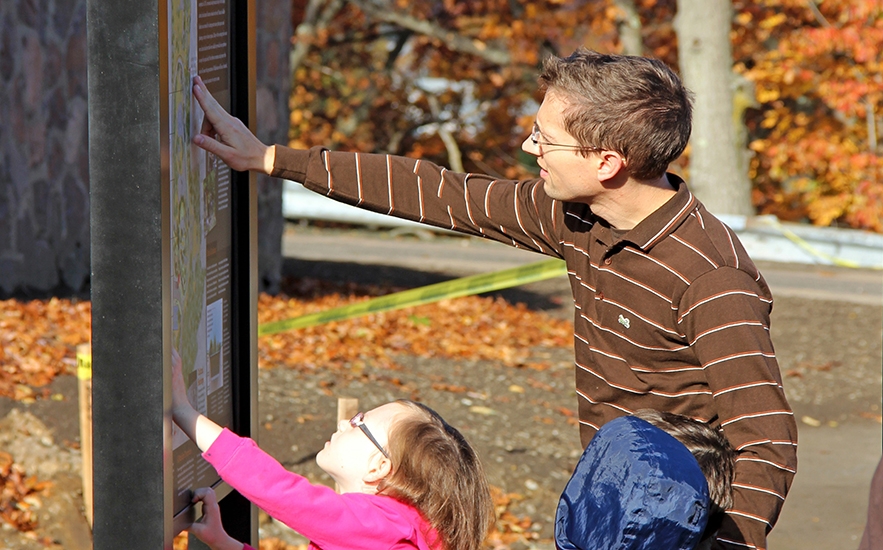 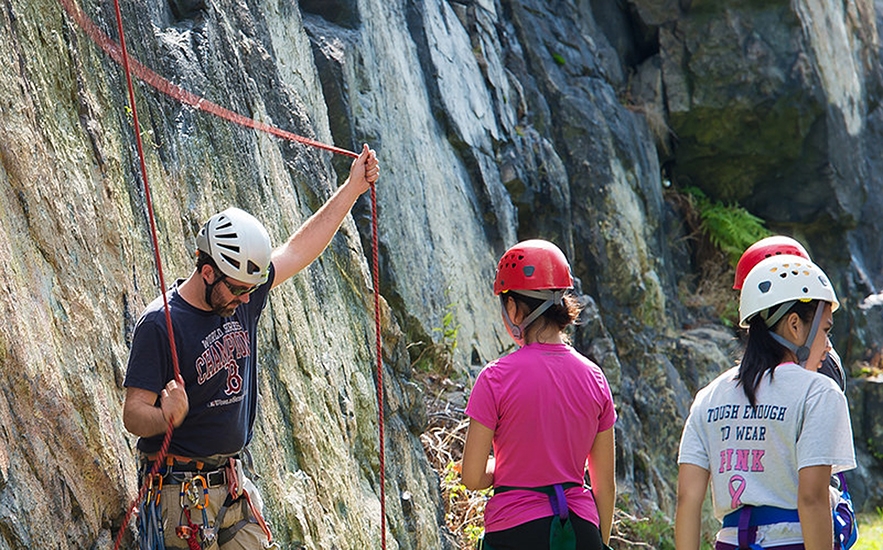 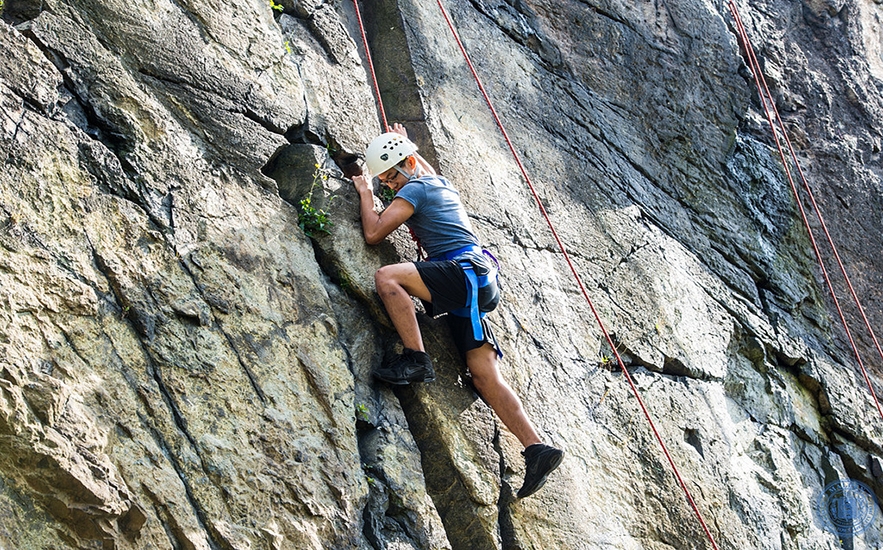 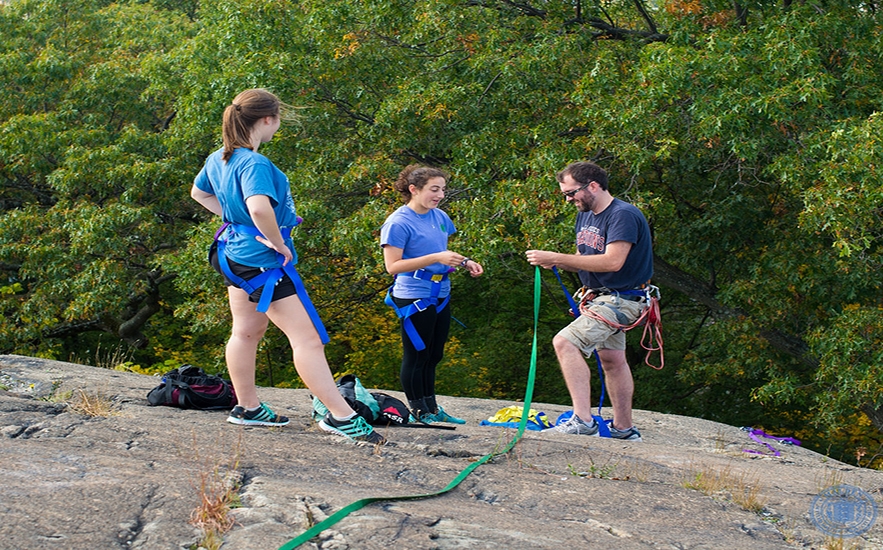 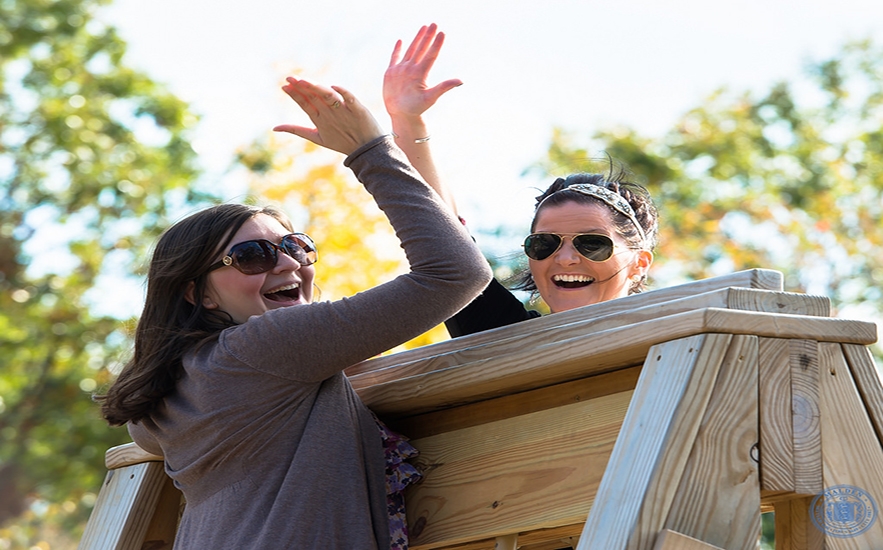 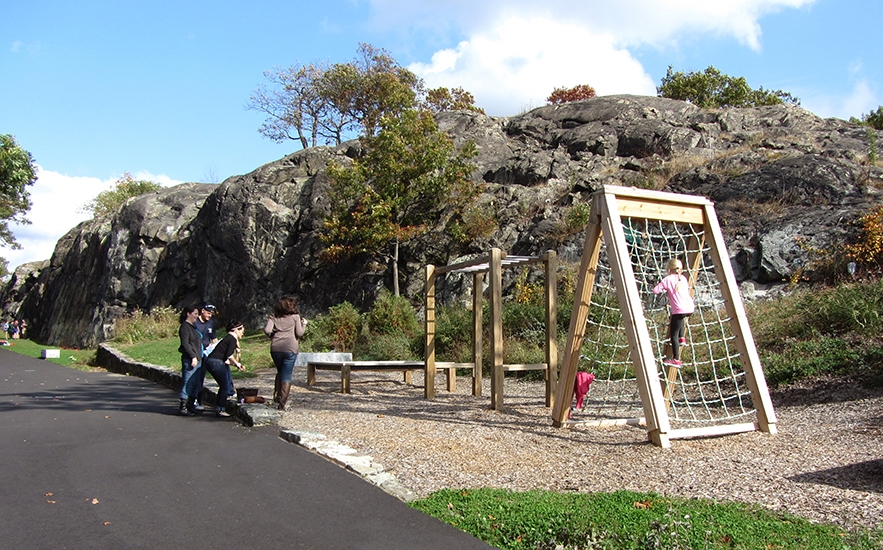 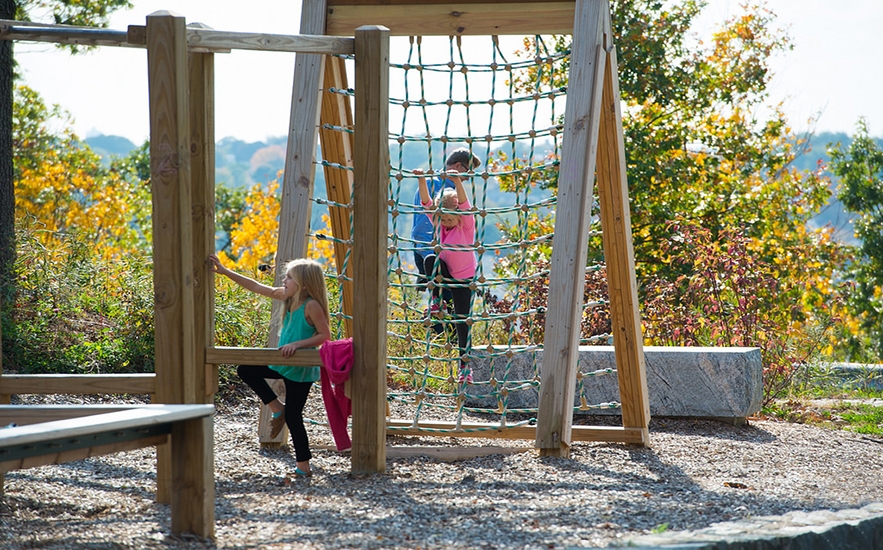 The City of Malden and the Malden Redevelopment Authority re-opened Waitt’s Mount following the completion of a $1.2 million revitalization of one of Malden’s most impressive and unique public parks.  This major transformation, designed by Shadley Associates, included a significant clean-up effort in the summer of 2012 to remove dead trees, poison ivy, graffiti and glass.  The project has interpretive panels highlighting of the park’s unique history, a Loop Walk and universally accessible walkway to the Tower Ring, and a new adventure playground and recreation areas gracefully woven into the historic context.  The Adventure Playground, constructed of natural materials, is a first for Malden; a rain garden filters and absorbs runoff from the basketball court and the small parking area.

The overarching goal of the project was to protect existing features, encourage public use, provide new opportunities to enjoy the site, and to create site improvements consistent with the natural environment.  With this goal in mind, the park improvements create new public amenities in the areas of the site that were previously disturbed, thereby protecting the natural areas. The work was conceived and led by a team from Shadley Associates, from concept development through construction completion in 2014.