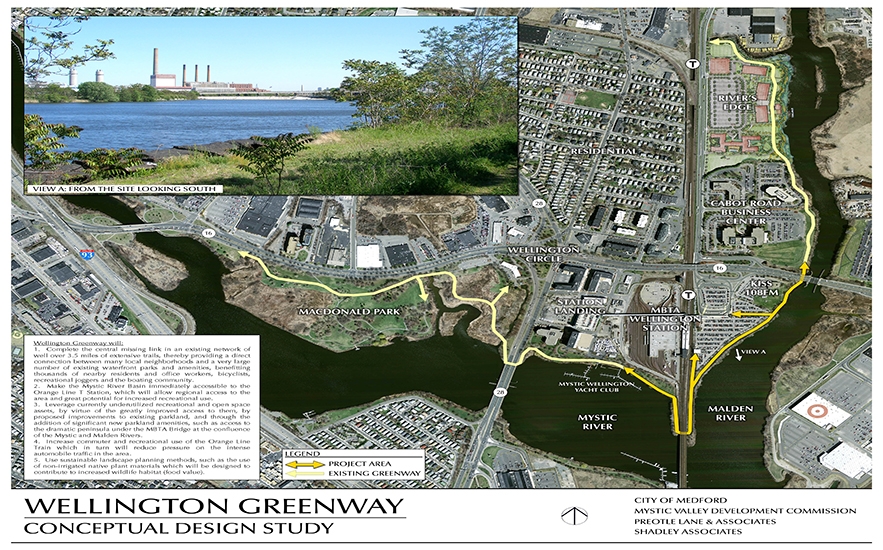 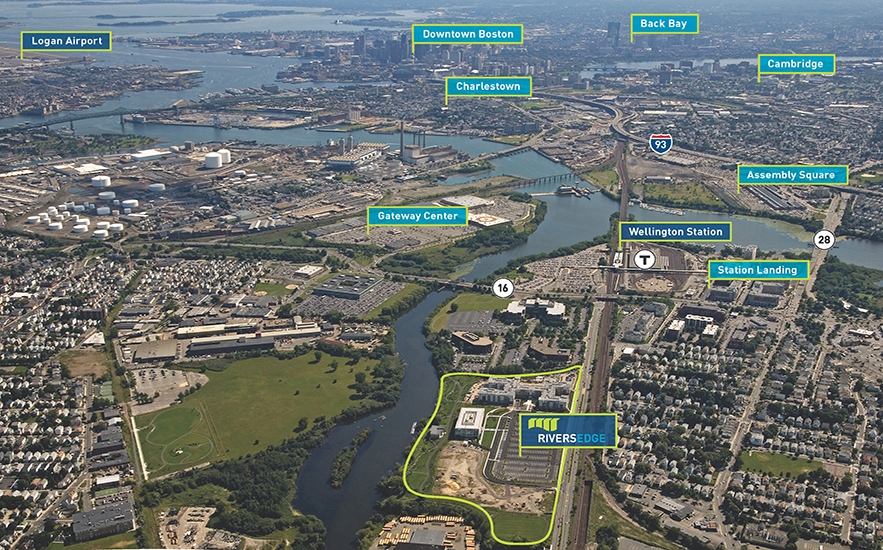 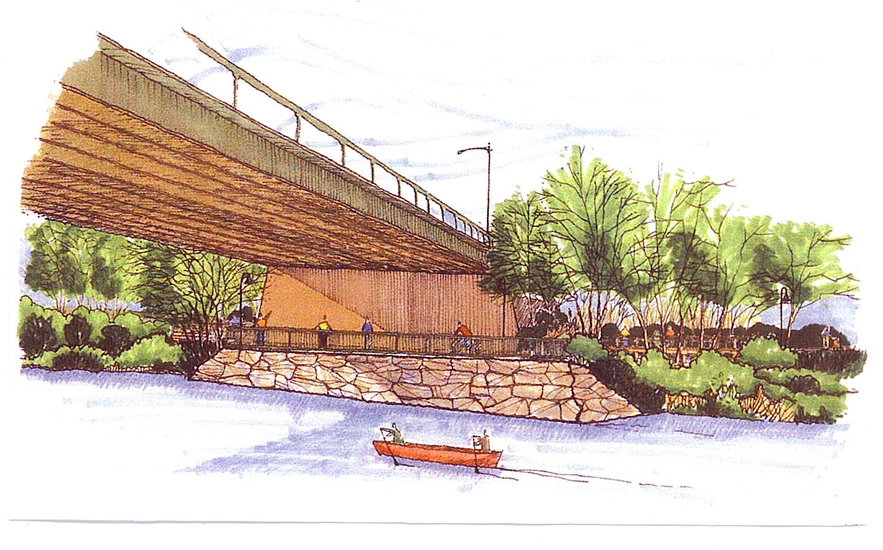 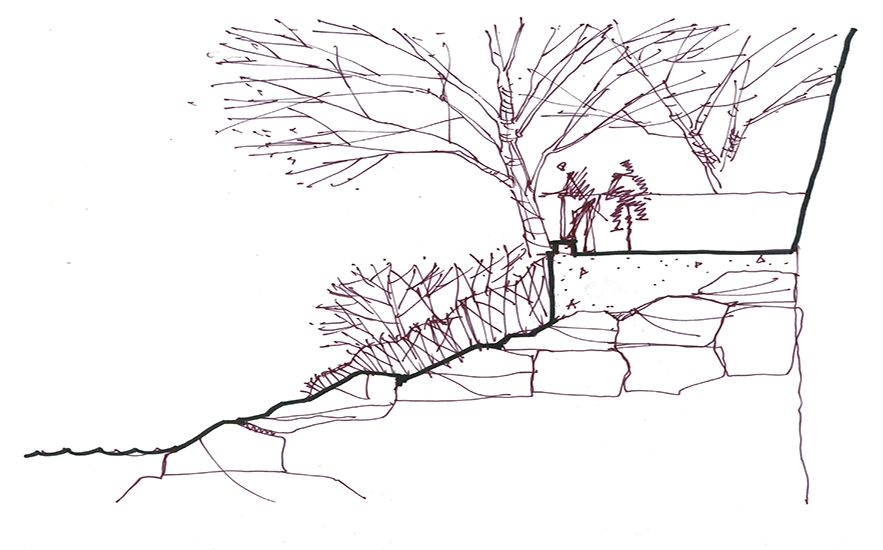 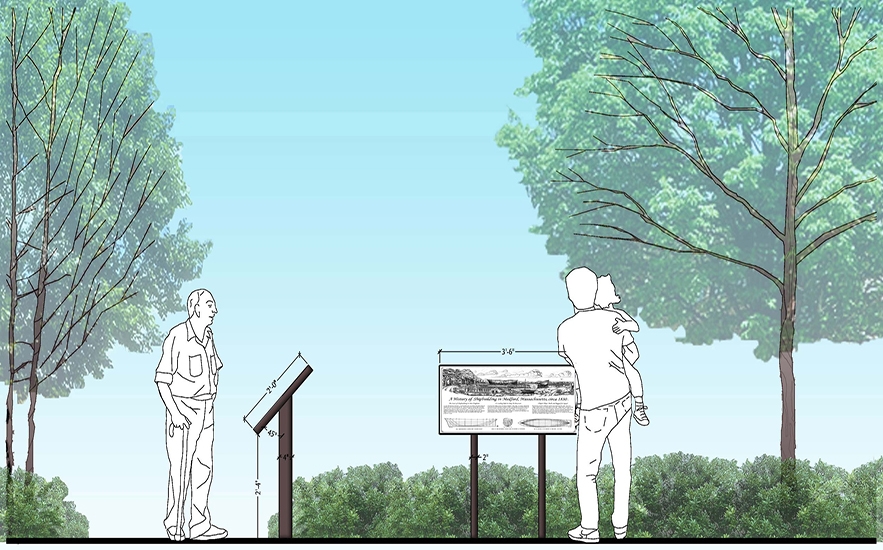 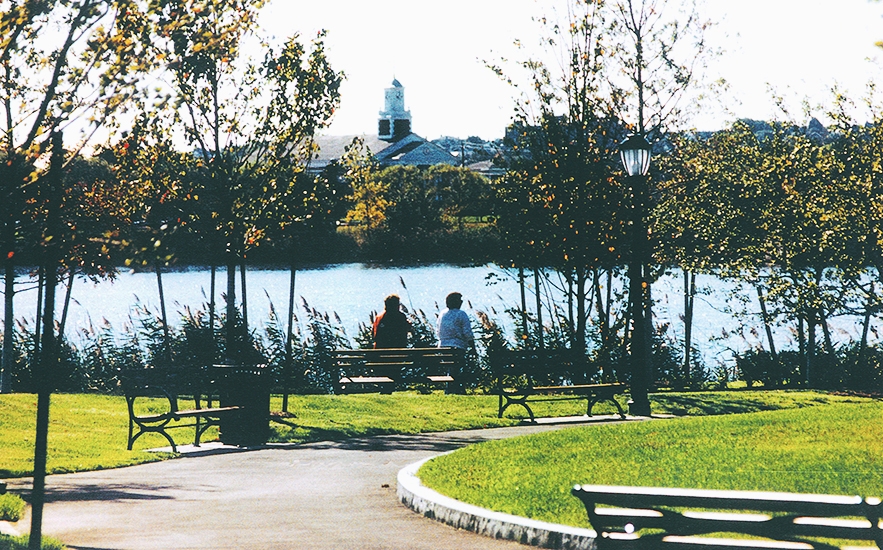 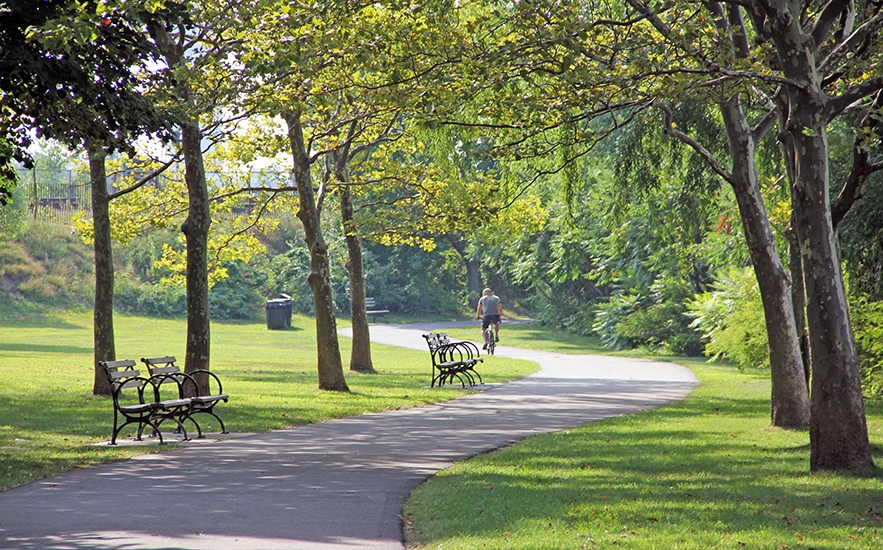 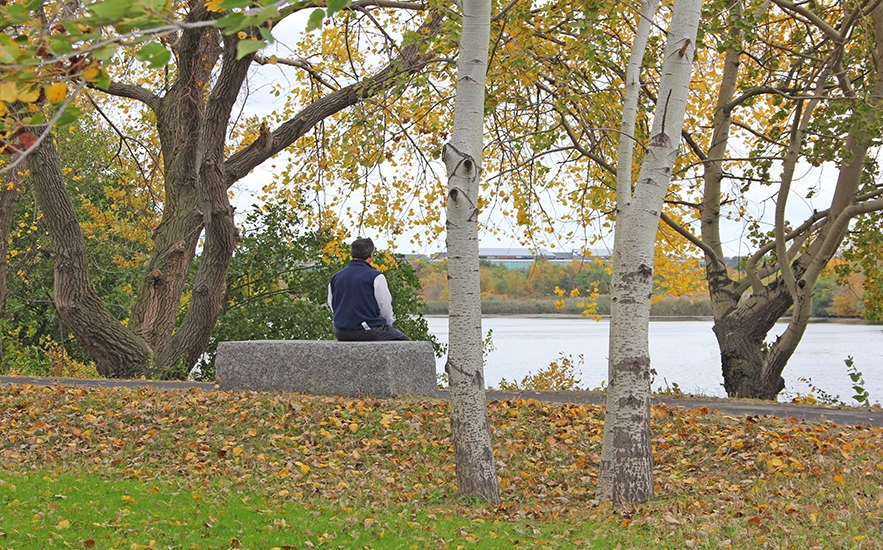 The Wellington Greenway is a 2.5 mile long multi-use trail comprised of six separate sites with distinct landowners, located along the Mystic and Malden Rivers.  The Greenway passes through a mix of public and private properties as well as landscapes varying from naturalistic parklands to urbane mixed use developments.  It also crosses roadways, railroads and wetlands, and is entirely a brownfield.  The public has had extensive participation in the project, as has the Cities of Medford and Malden, Massachusetts Environmental Trust, Conservation Commissions, the Army Corps of Engineers, and many other agencies which have jurisdiction over the route. The Greenway provides the area with its first non-auto based connection to the Wellington MBTA Station and downtown Boston.  Many Transit-Oriented Development projects have sprung up along the Greenway, including millions of feet of office and retail space, and well over a thousand units of housing.