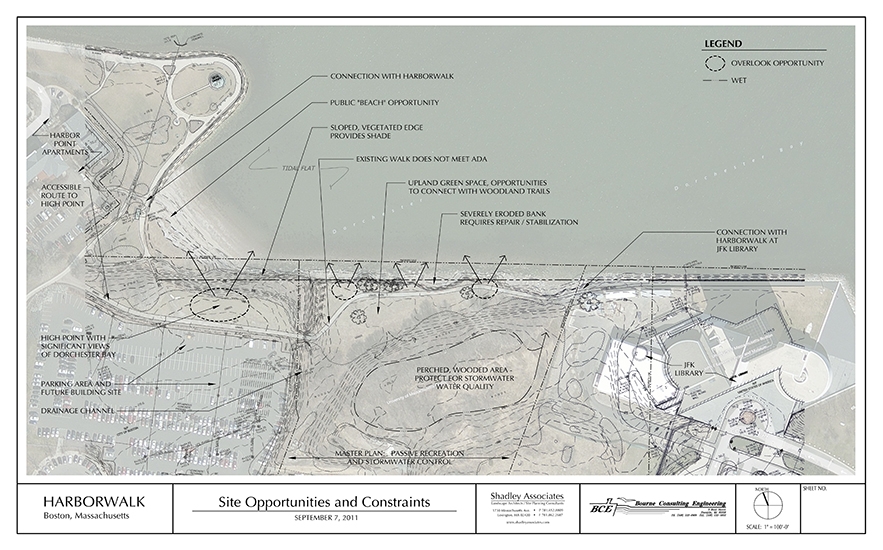 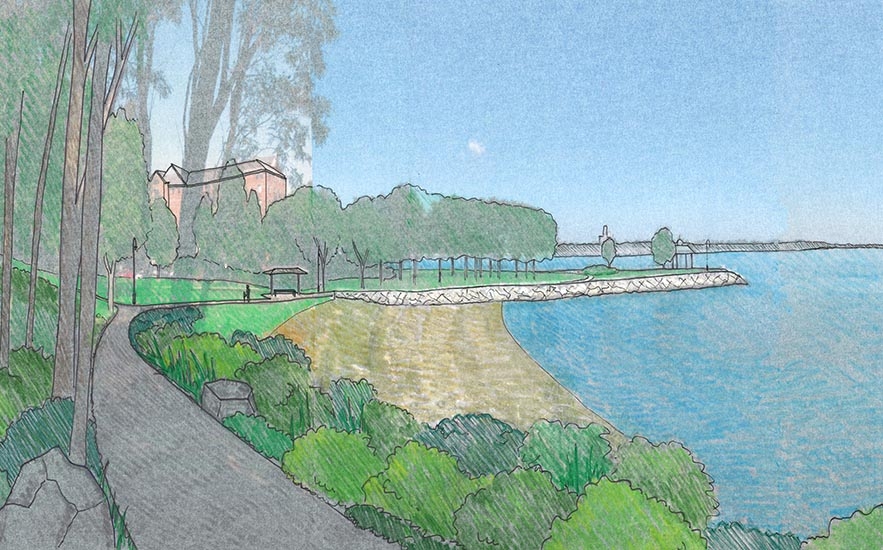 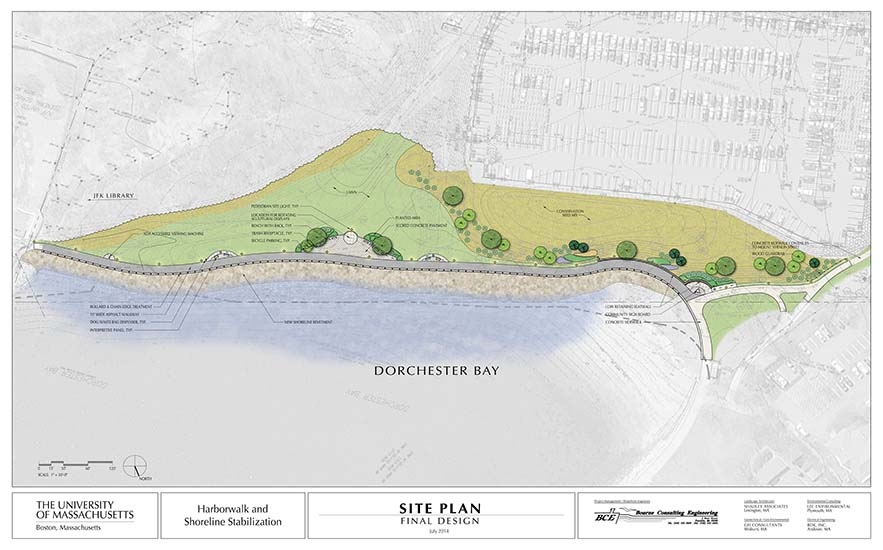 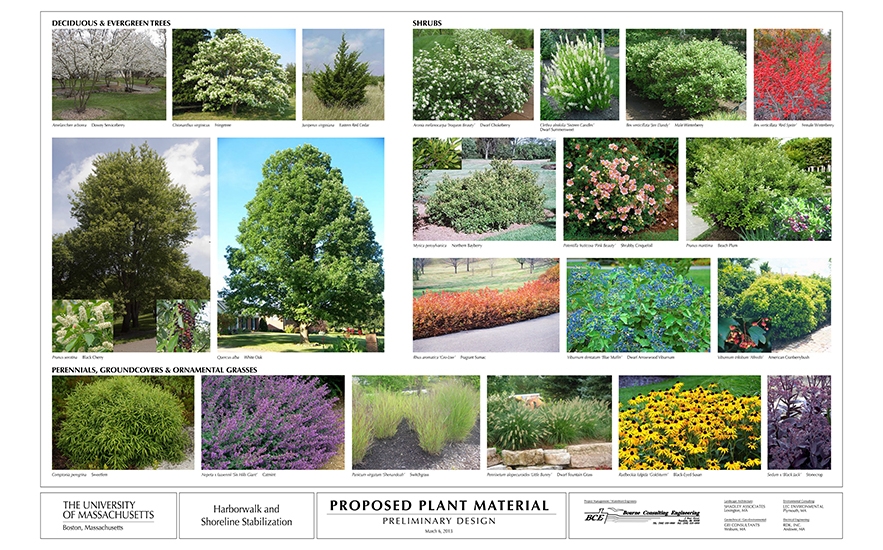 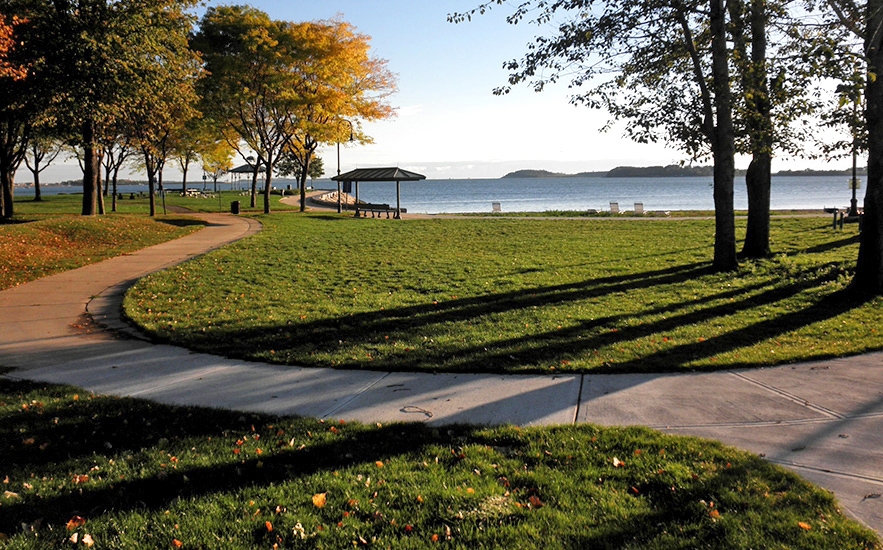 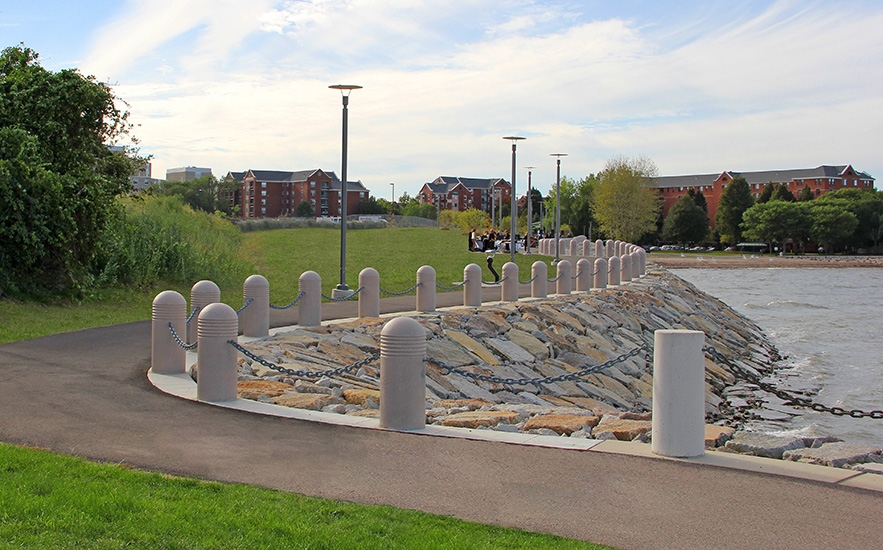 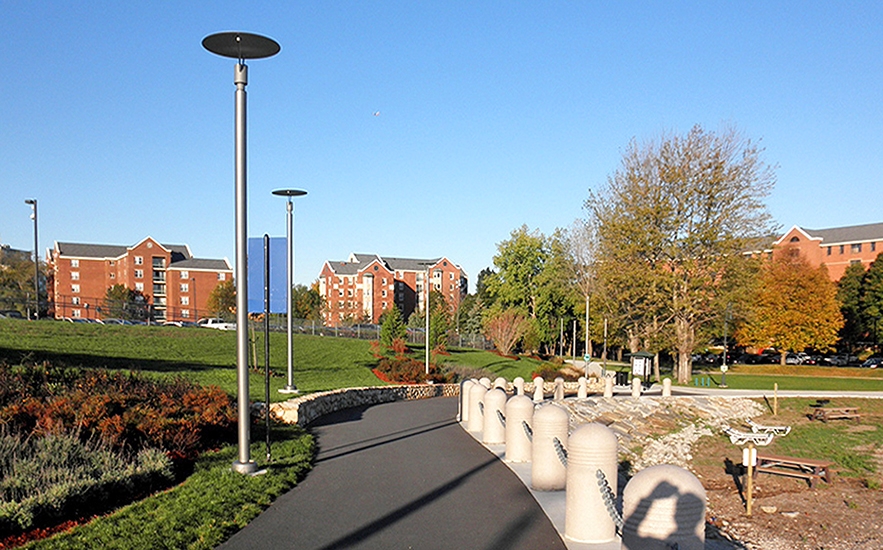 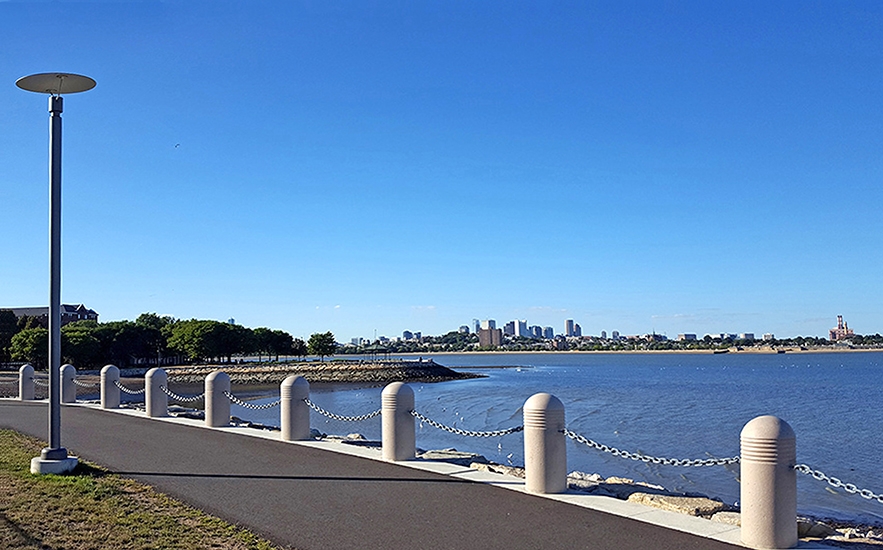 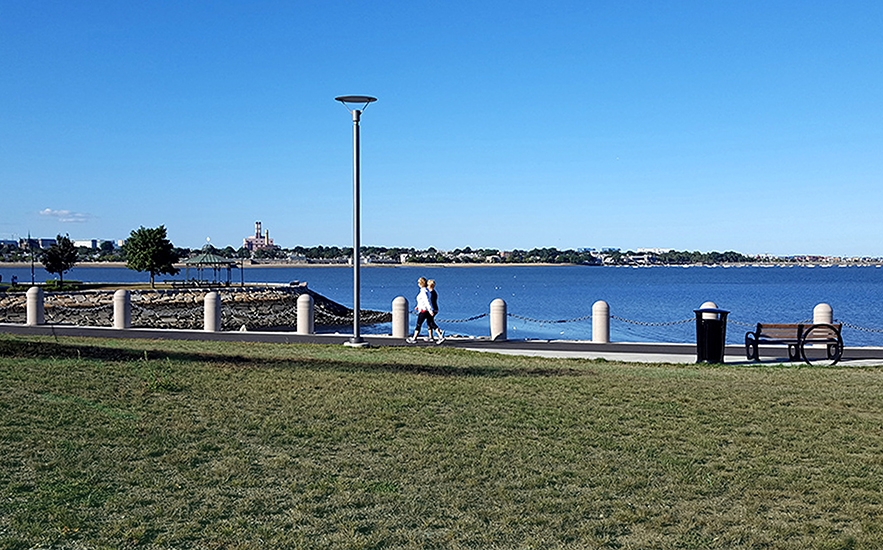 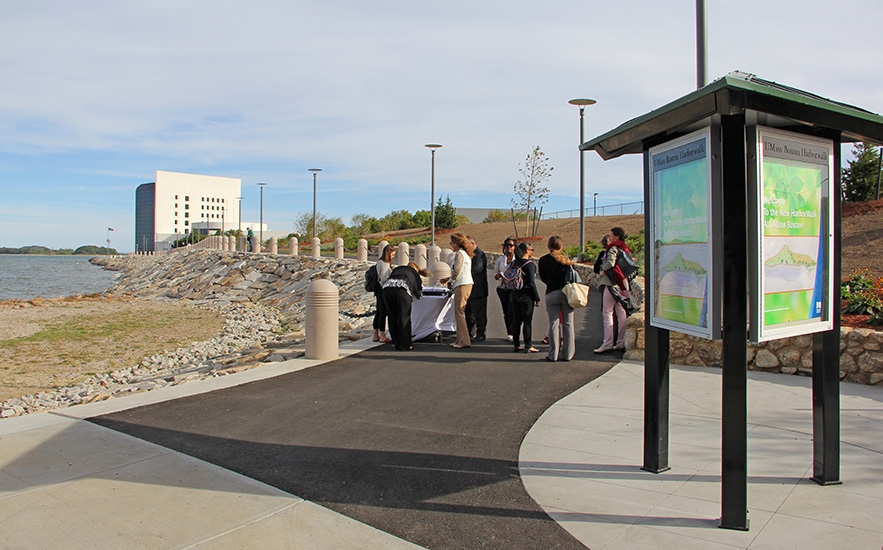 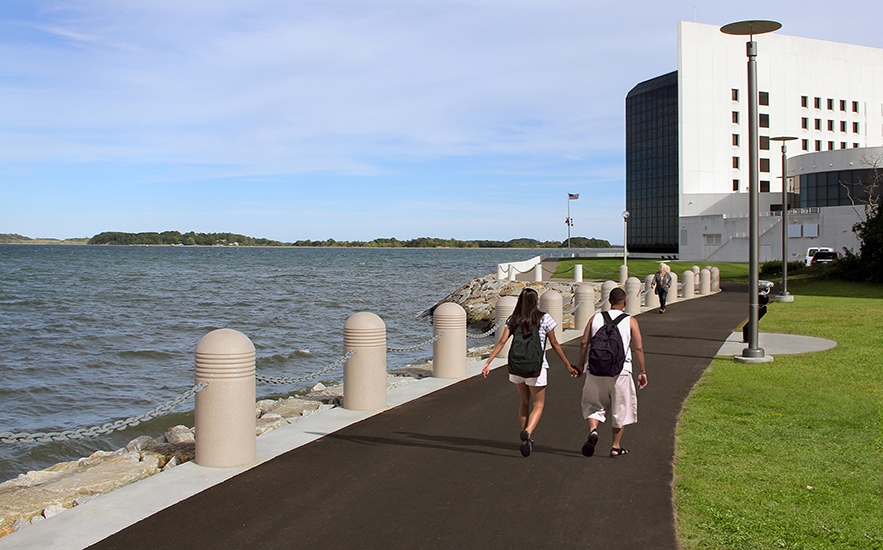 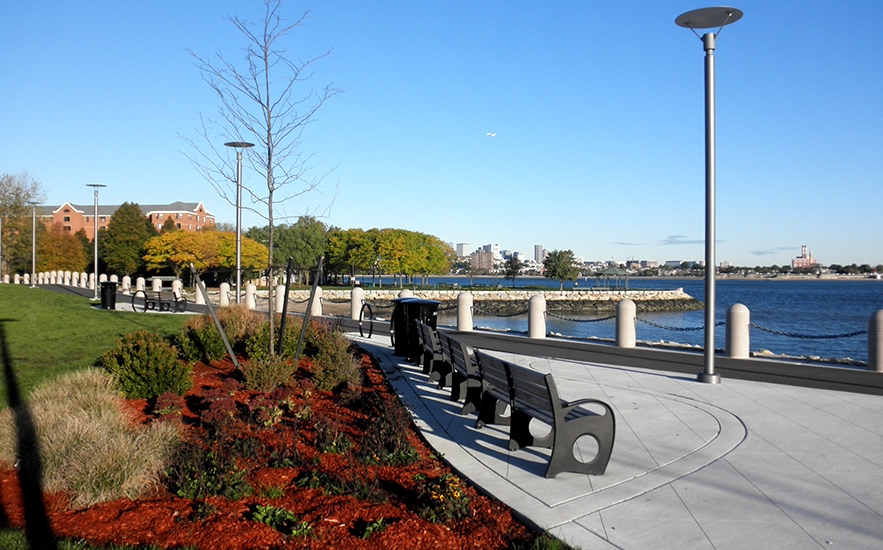 Shadley Associates worked with UMass Boston and a large consultant team to design and construct a segment of the public Boston Harborwalk along Dorchester Bay at UMass Boston.  The site is located between the new Edward M. Kennedy Institute and JFK Presidential Library, and Harbor Point on the Bay, a residential community with an extensive shoreline park, and UMass Boston.   The prime consultant, a marine engineer, designed shoreline stabilization to combat severe erosion and to protect the campus.  Shadley Associates designed the upland improvements such as the walkway edge treatment, new walkway, seating areas, site furnishings such as benches and bicycle parking, lighting, signage and planting.  The site is an old landfill and soils were capped for public safety.  The design complements its immediate neighbors, and anticipates UMB’s 25-year master plan that proposes a major dormitory to be the Harborwalk’s future abutter.