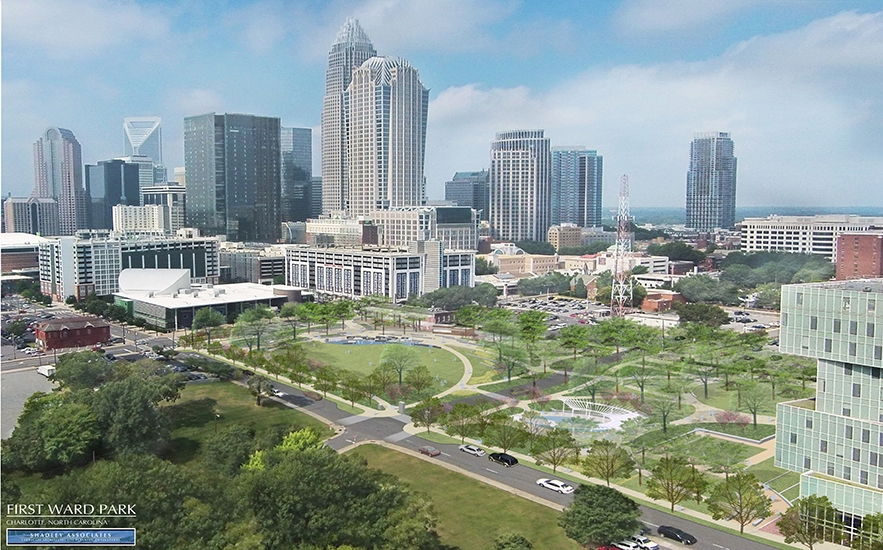 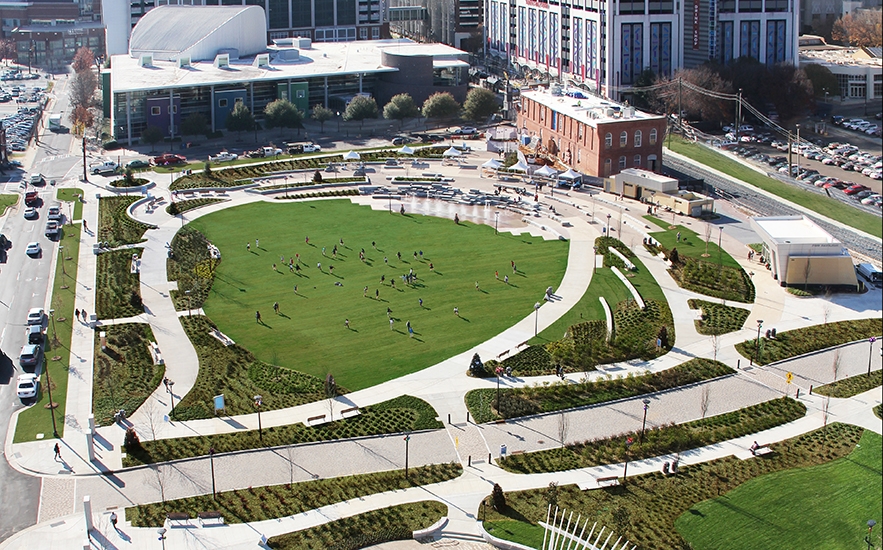 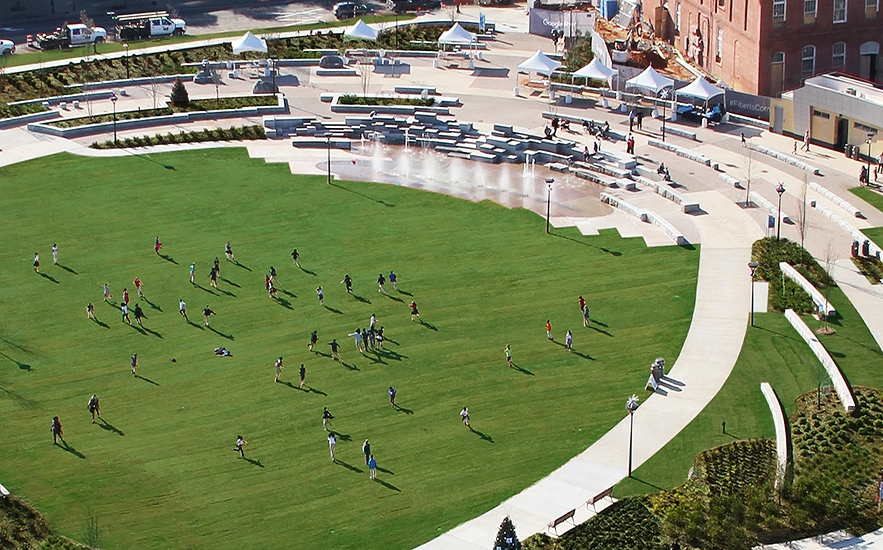 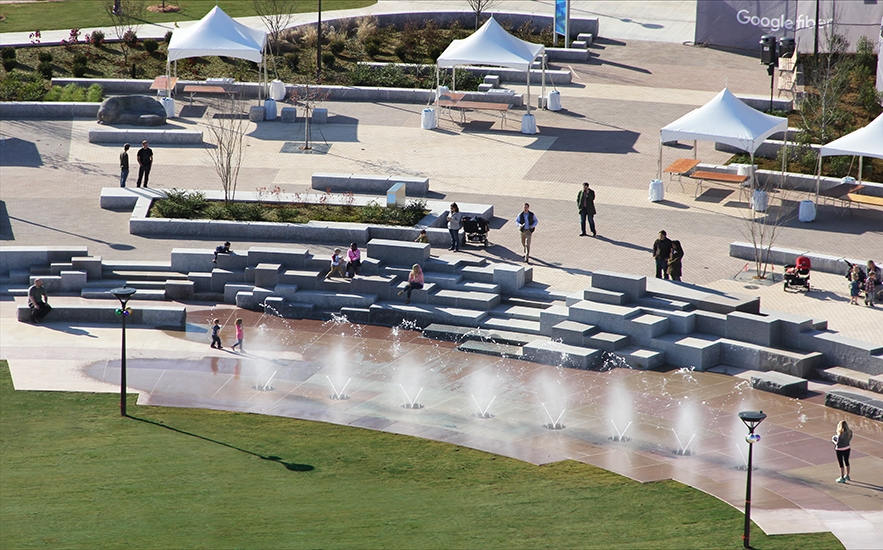 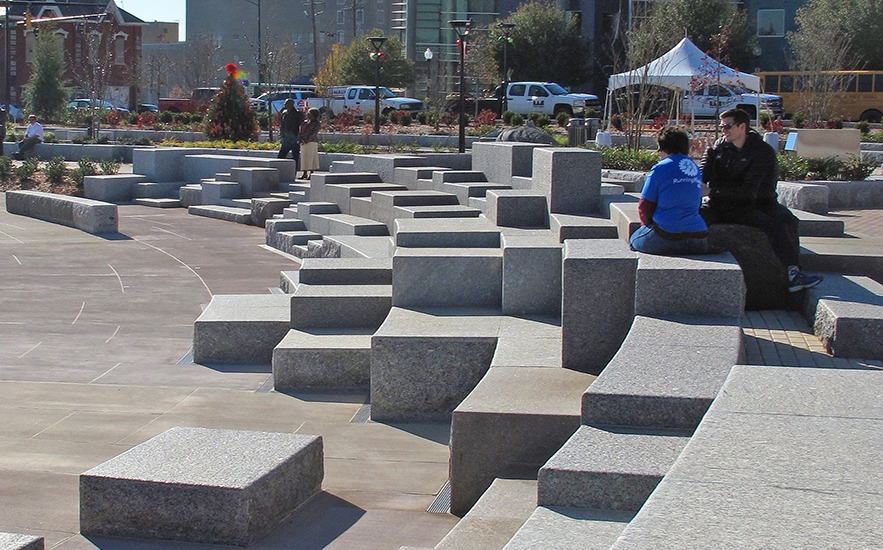 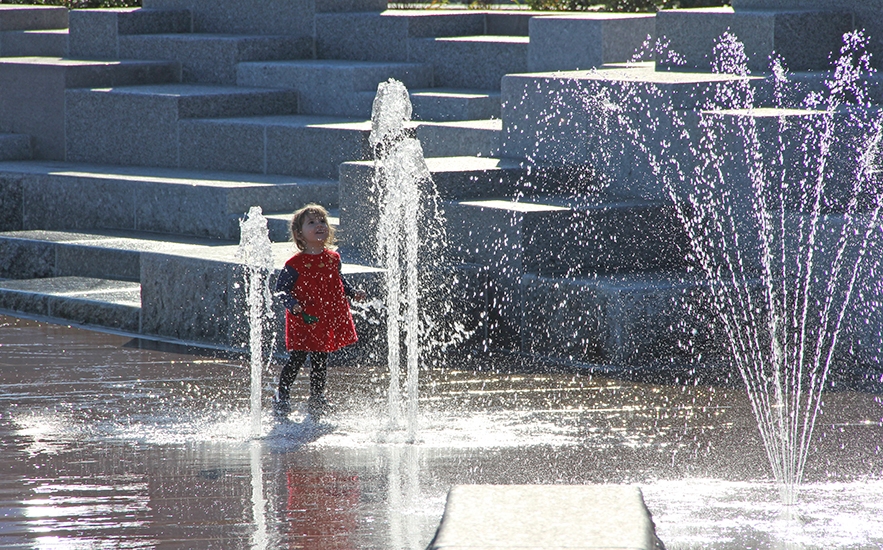 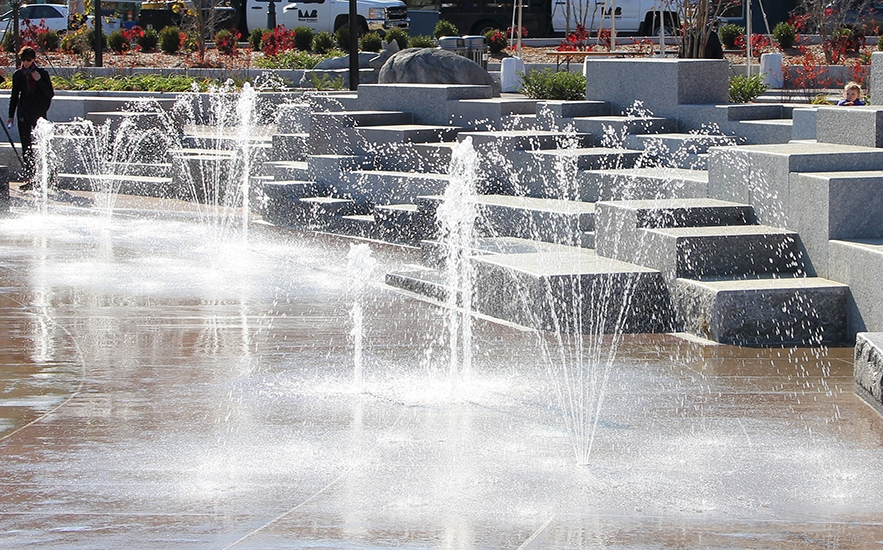 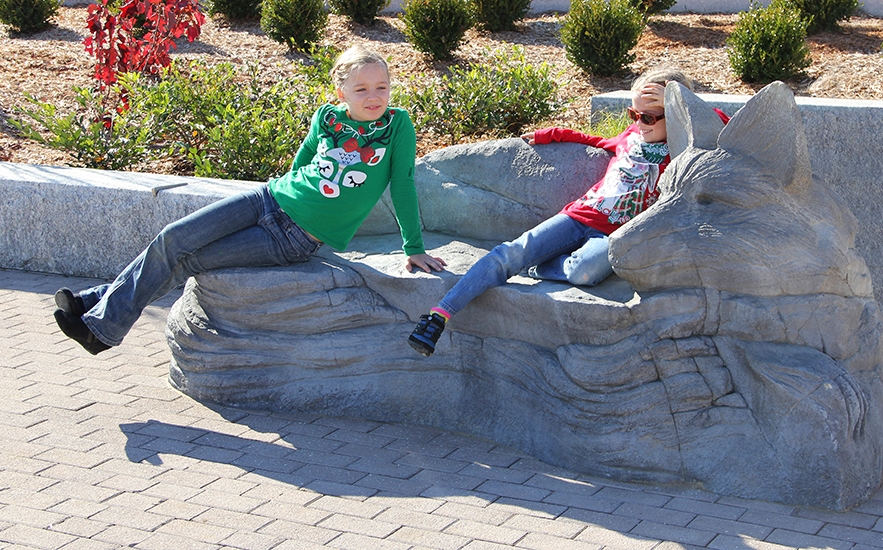 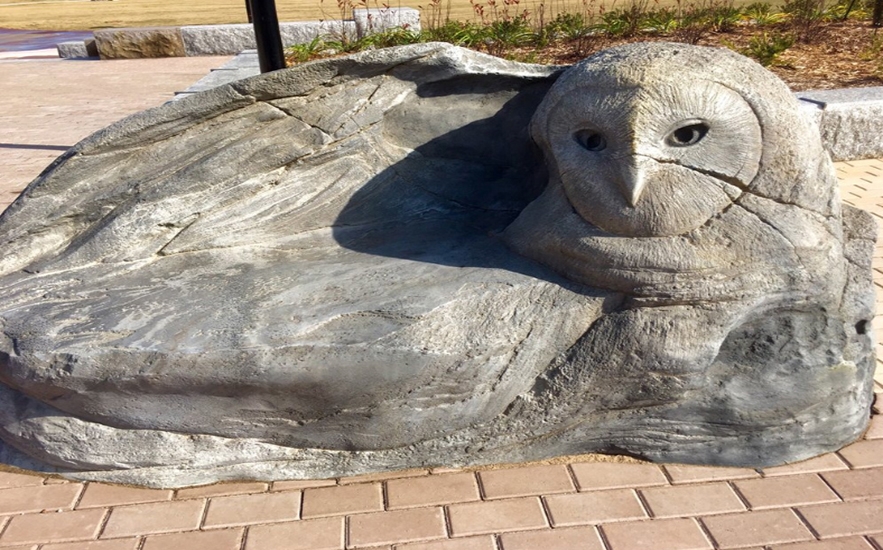 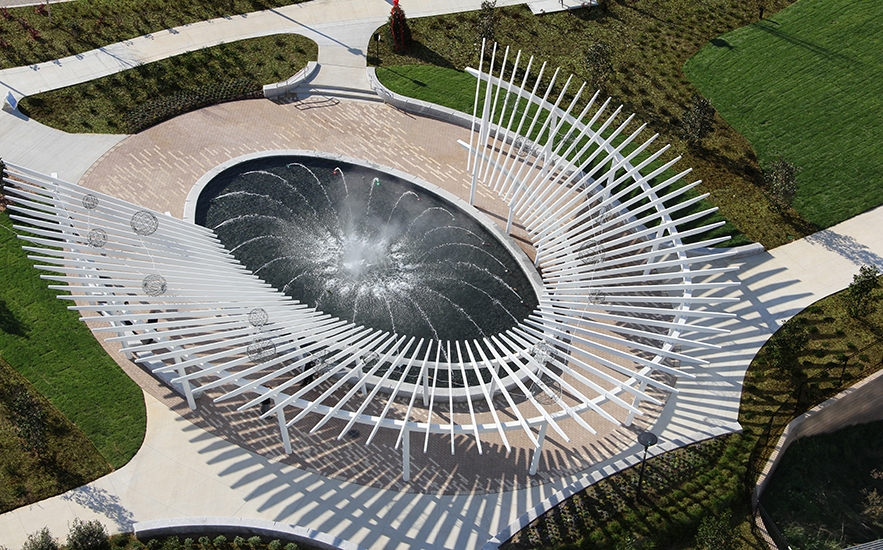 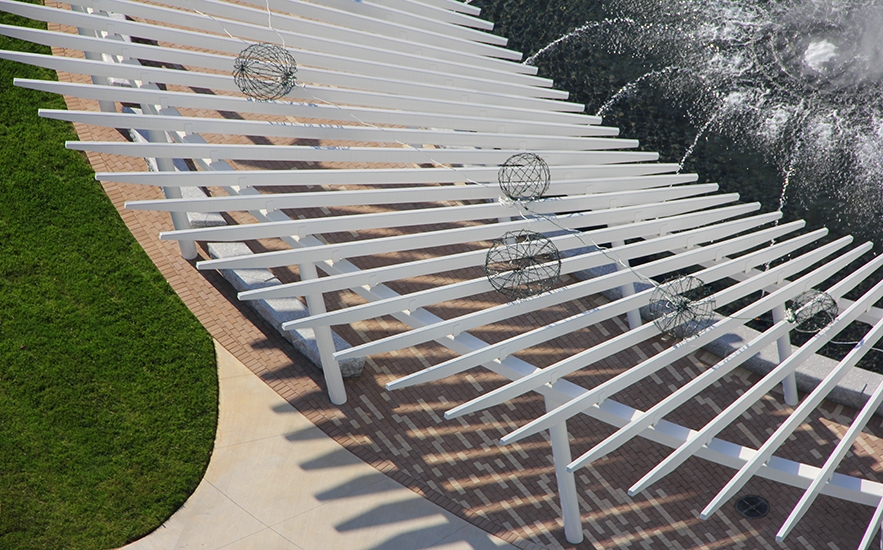 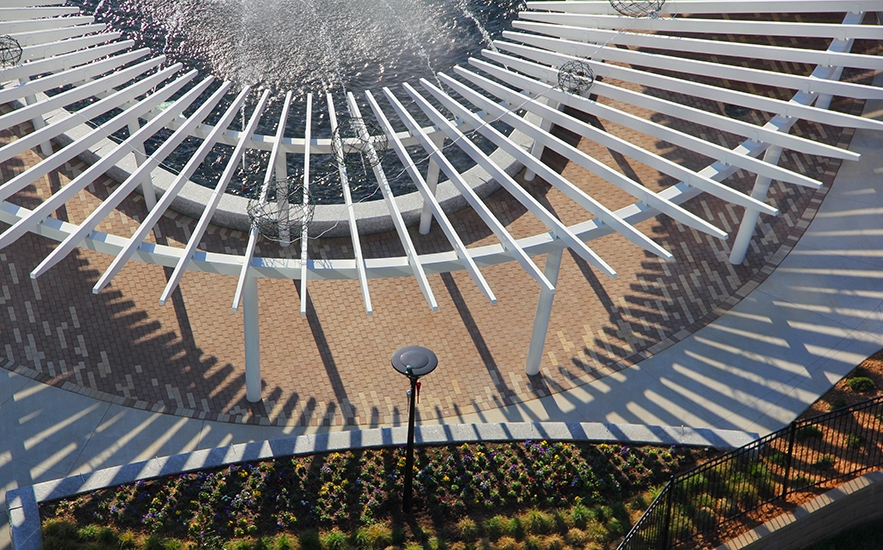 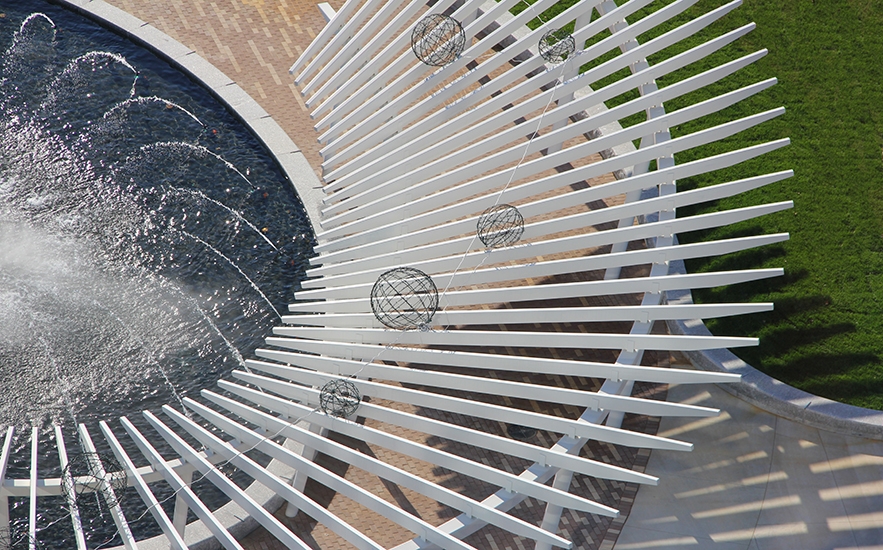 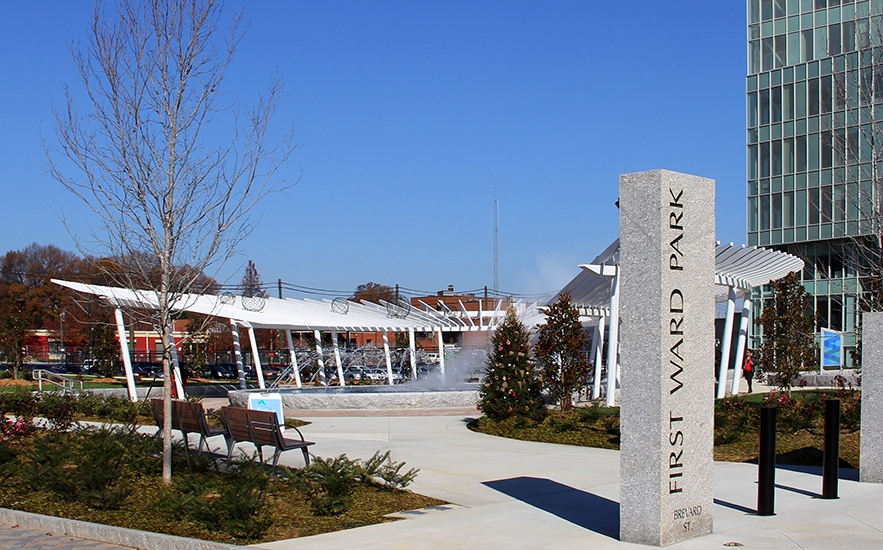 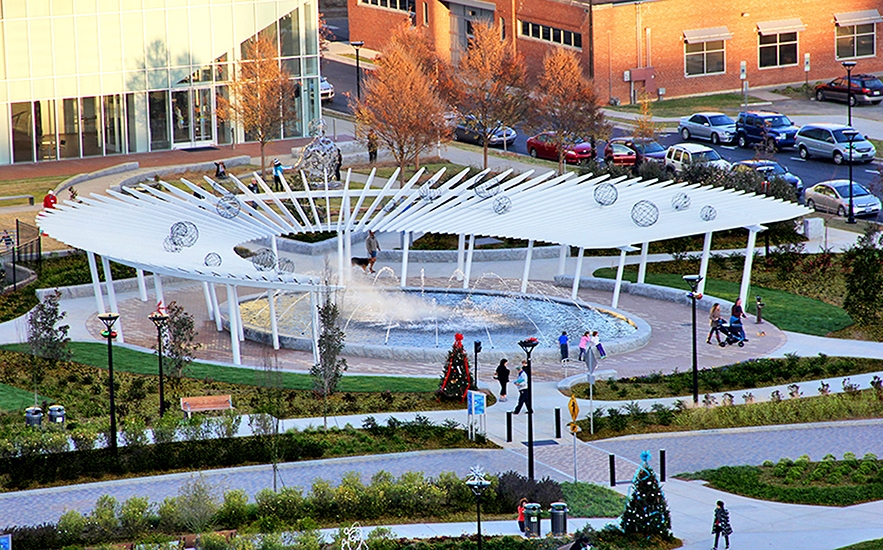 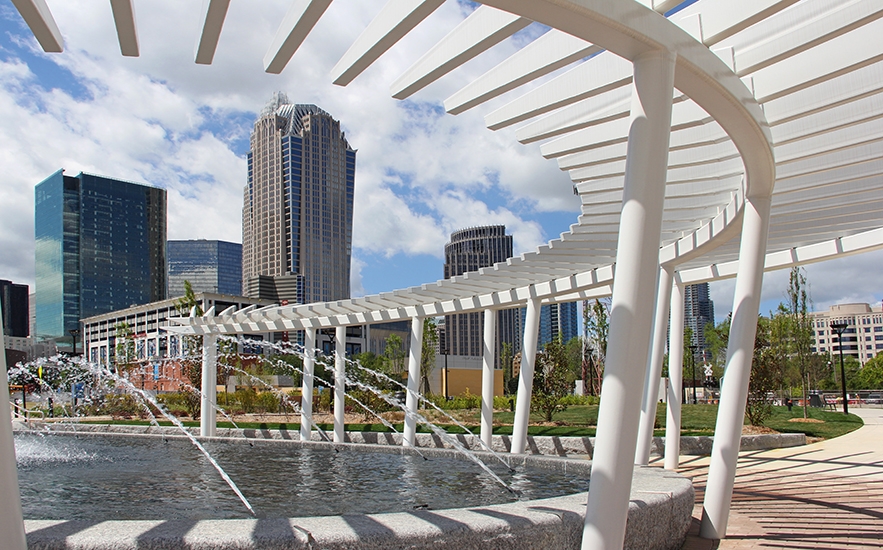 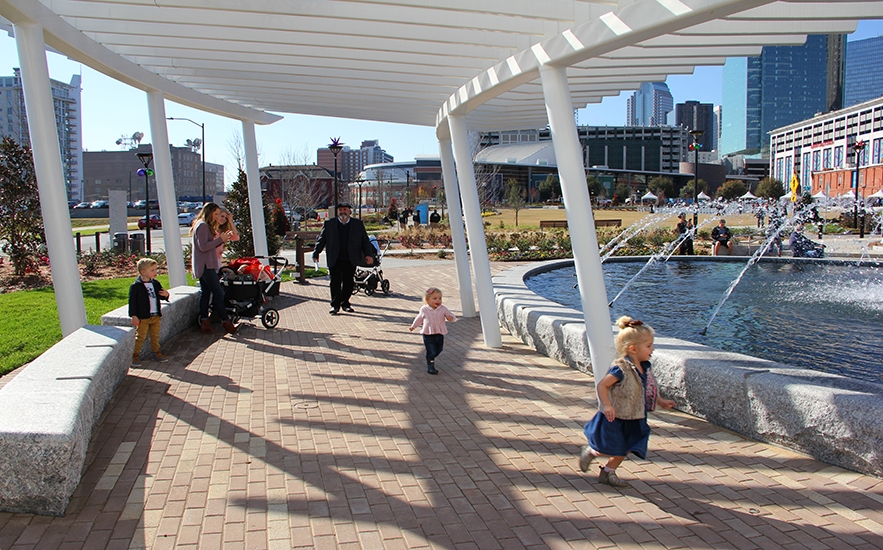 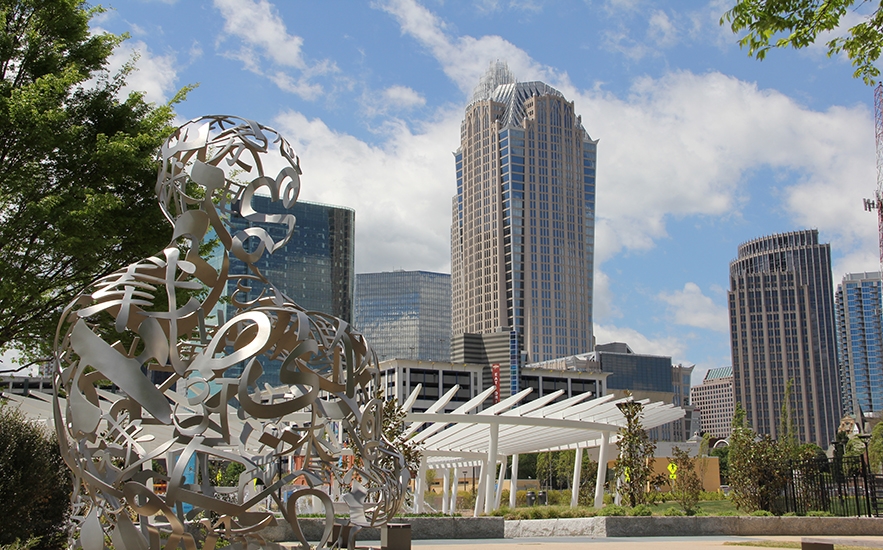 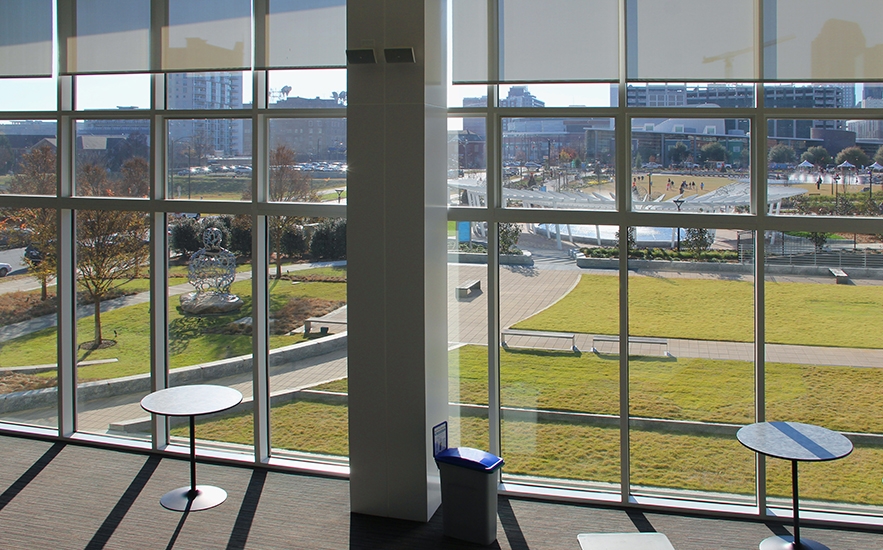 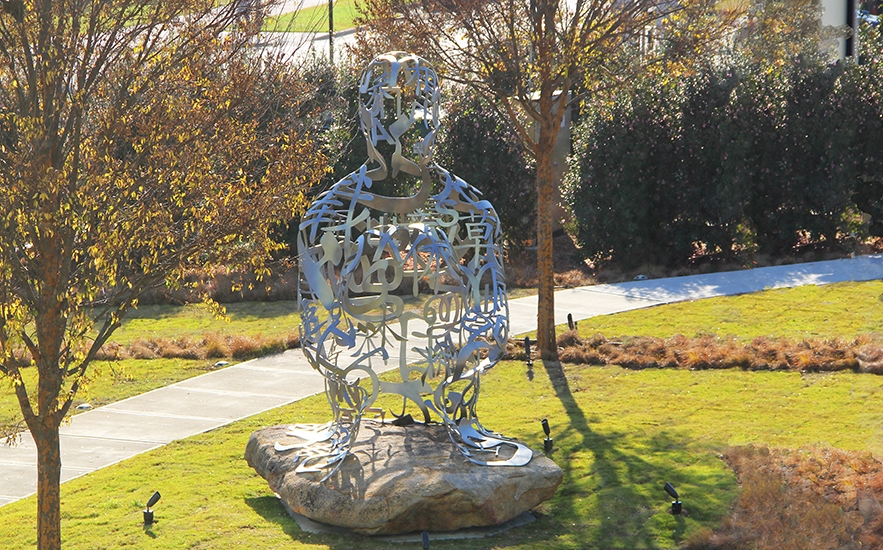 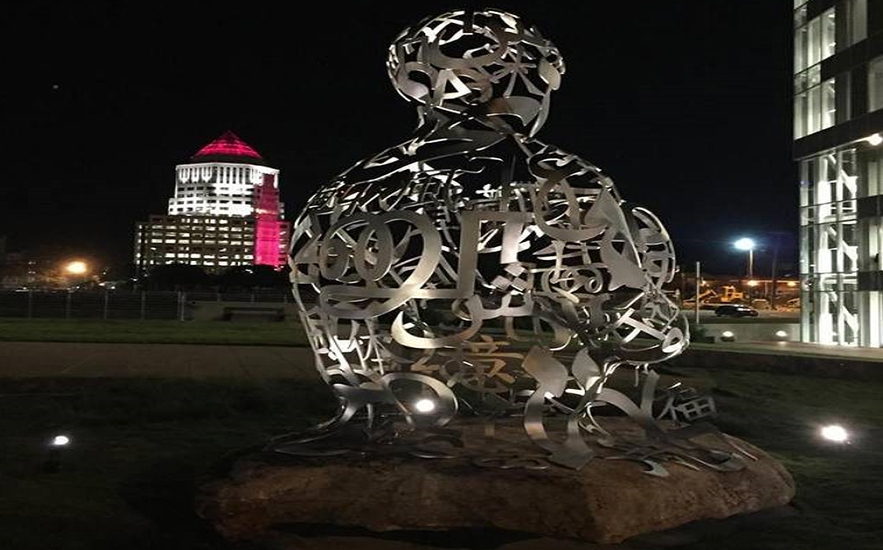 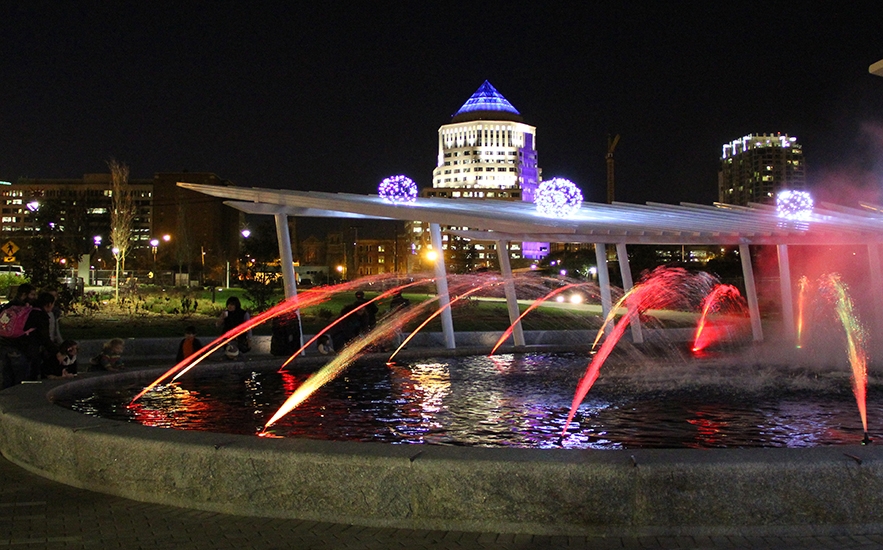 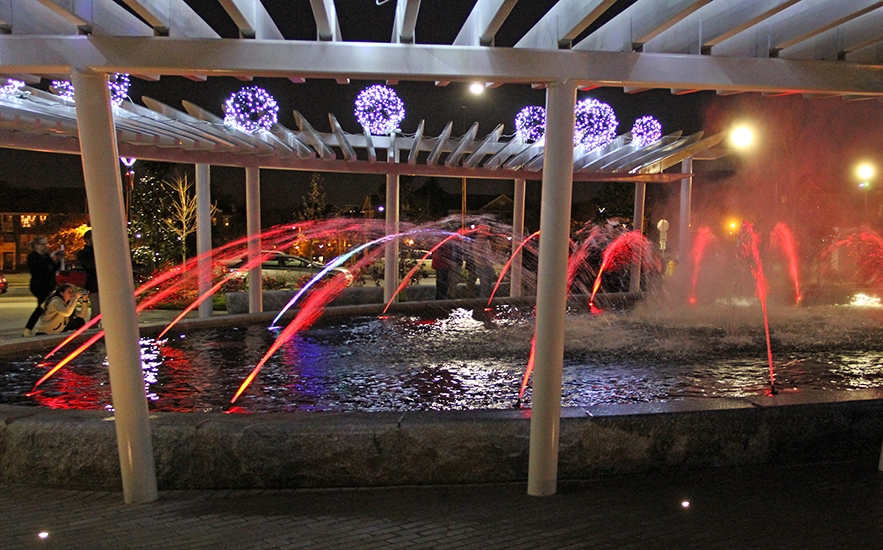 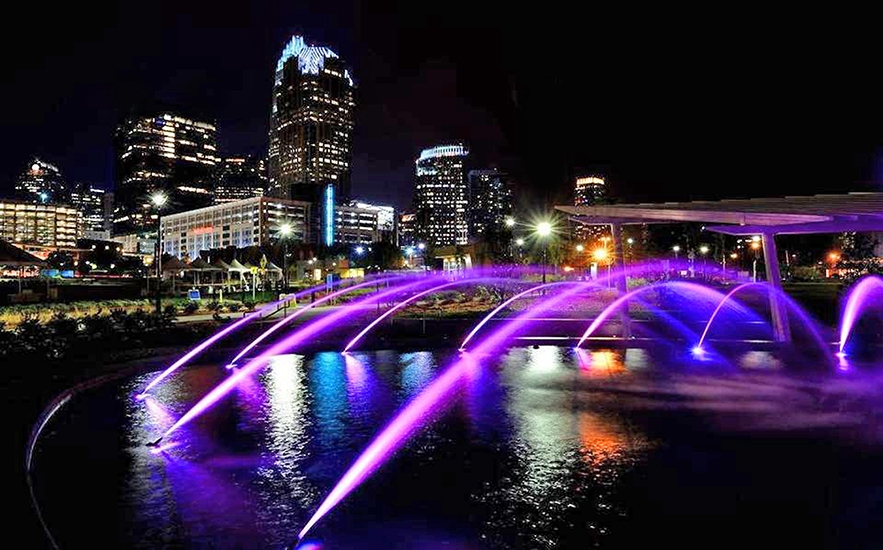 The park design uses seat walls of native Carolina granite and native trees and shrubs to frame an open central lawn.  The granite walls embody the famous geology of the region and give definition to the park’s many garden sub-spaces. There are numerous entrances into the park, a garden walking circuit around the perimeter, and many paths through it. Park features include two large fountains, an arbor, public art and areas for diverse programs.